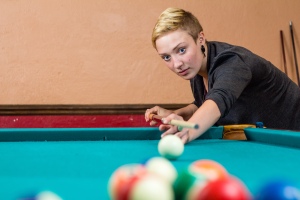 Hi, all. My name is Lee and I’m one of the folks behind the My Definition poster campaign. This campaign is really important to me because I deal with a chronic mental health issue, so the “labels are for soup cans” approach to stigma reduction never sat right with me – if it’s something I’m living with constantly, why should I try to reject that part of me? The My Definition campaign tries to take a middle ground, where on the one hand you acknowledge your mental health as a part of your lived reality, but on the other hand you reject the mentality that your mental health is what defines you.

I was thirteen when I first started making myself throw up. I was the same high-achieving student that I am today: I sat on student council, was a nationally-ranked wrestler that year, consistently won academic achievement awards. . . and yet I was absolutely miserable. I hated myself and my body, and began restricting to lose weight – if I couldn’t be pretty, then I had to make damned sure I would be skinny. Bodies, though, don’t like restriction (because they think you’re dying, basically) so I would end up bingeing on whatever food was around, and then panicking and making myself vomit.

I felt so terrible and ashamed about my eating habits and subsequent weight gain that I began self-harming to cope with the stress – which in turn made me feel more ashamed, and I became very depressed. It was a pretty dark time, basically, and I spent most of my last years of high school thinking about suicide and wondering if people would think I looked fat in my casket.

I grew up in a small town in northern Alberta where mental illness was rarely acknowledged and never discussed, and my family assumed (like many do) that my moodiness was just typical teen angst, so I didn’t get help until I came to UNB. My first year I was determined to leave my “bad habits” behind me, but unfortunately mental illnesses don’t work that way, and the year ended up being worse than ever. By the end of the year, I realized if I didn’t get help there was a good chance I might actually die – which was a scary thought. I decided to give recovery a try, and reached out to UNB Counselling for help.

A little over two years later, these are still issues I live with. But I try to be very open about it – the way I see it, if sharing my story can help to break the silence and shame of mental illness stigma, and maybe make the journey a little easier for the next person, then it’s 100% worth it.

Although my mental health issues are something I will likely live with forever, having a mental illness doesn’t change who I am: I’m a hardworking member of the UNBSU exec, a loving proctor and peer mentor, a straight-A student, a queer columnist, a political activist, and a loyal friend.

Those are the things that define me.

One thought on “Lee”